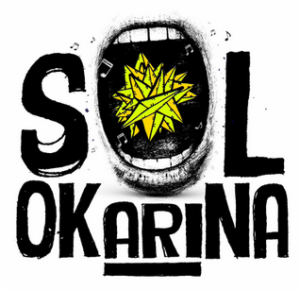 Workshops:
– Sing Away Your Sorrows (SAYS)
– In Chantin Restistance (ICR

Sol Okarina is an integral artist, singer, songwriter, performer, composer and Producer. As a music creative her sound creates an original journey through different soundscapes, influenced by Afro-Latin roots, Caribbean and Colombian music as well as electronic and contemporary sounds.
She has worked in the fields of production and composition of original music for albums, featured films, TV series, web series, multimedia, theater and songs (music and lyrics), for different creative areas; as well as management and production of artistic projects and cultural events.
Sol was founder and first chapter lead for Women in Music Organization – Colombia from 2017 until 2020.
During 2020 SOL OKARINA, partnered up with Global Peace Drive Team and launched Songs4Planet Challenge; an initiative made to give a voice and bring opportunities for coming artists and musicians. Which, like Sol also dream about a better planet and share uplifting vibes through arts and music.
2020 SOL OKARINA was selected by Procolombia and Ministerio de Cultura among the 21 outstanding entrepreneurs in Colombia as a representative for the music industry and an ambassador of Colombian music and culture at WOMEX 2017, 2020 & 2021.
Since July 2022 she lives in Berlin, Germany.