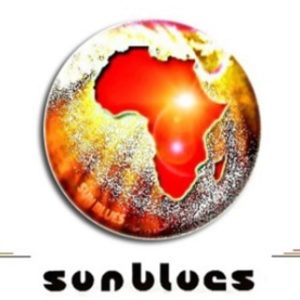 Blues Music on the Sudan Pentatonic Scale –
On The Oud Through the World.
SUN BLUES represents the deep heartbeat of Africa where the sun never hides.
The virtuoso on the oud comes from Omdourman, the heart of Sudan, where the Blue & White Nile meet and the blues was born. He combines musical currents from different continents and epochs and developed his own musical genre between Africa, the Orient and Europe on the traces of the Sudanese tradition with avant-garde arrangements.
Traditional Sudanese and Ethiopian rhythms and melodies combined with Jamaican reggae and African blues to create a new, spectacular style.
The cultural heritage unmistakably mixes the lively multicultural everyday life with the shadowy features of the Afro-Blues and the archaic melancholy of sunken powers of the old kingdom of Kush in Sudan. His instrument is small, but the cosmos it creates is as infinite and legendary as the millennia-old events along the Nile.
In the 90s he played with the reggae band “Culture Roots”, tours with Mohammad Alamin and Abdelaziz Almubarak, numerous concerts in Yemen at Sanaa University, Netherlands, UK and in the “National Theater of Omdourman”, the largest concert hall in Sudan well-known Sudanese artists, such as with Attomat. 2005-2009 head of the music department at the radio station “Khartoum FM” (kfm89).

Stefan “Higgi” Hickmann – guitar
born 1977 in Northern Germany, played the trumpet in the music club at the age of 6 and had classical music lessons with stage performances! At 15 he switched to guitar, later to bass, played in local bands, e.g. “Inflammable Liquid” was so successful that they sponsored a CD recording and got offers from an indie label. At the age of 18, he worked in a professional recording studio as a guitarist and bassist for recordings and as a music scorer for a label, later independently as the responsible sound engineer for live events and had a deep insight into music production and event technology.
After studying in Aachen and Toulouse, he graduated as a mechatronics engineer and moved to Berlin and played in bands as a guitarist, bassist and trumpeter. At the same time, he set up the Phatfish Studio in Berlin with a sound engineer & DJ, where he has since worked as a musician and sound engineer for many bands and artists and has accompanied numerous music productions. He played in Germany and abroad as far as Jamaica and South Africa, where he recorded with some of the most well-known reggae artists. Concerts with Chinna Smith, Sly&Robbie, Robie Lyn, Glen Browne, Wilburn “Squidly” Cole, Clive Hunt, Delroy “Phatta” Pottinger, Tuthukani Cele, Paul Hanmer, Maxidilick Adioa, Trompeterkorps Eefelkank, Louis-Jean & Irie Rainbow, Senah “Iron Leo” Gbessaya, Fôô Fanick, Joseph “Still cool” Grant, Sattatree, Dadda Dice, Atum Kashela, Kwame “Sometimer” Gbemu.
He met Hassan El-Malik in 2015 and was enthusiastic about Hassan’s extraordinary oud & guitar style and new interpretation of well-known reggae and ska songs, so that after some studio recordings and jams he decided to join SUN BLUES.